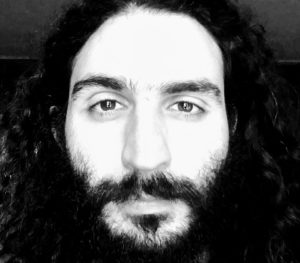 A graduate of Fine Arts from the University of Damascus, this Syrian artist was influenced by impressionism. After the outbreak of the Syrian crisis and while residing in Beirut, Imad began to explore the concept of explosion in his work.In 2014, he launched the concept of ‘civilian specters’ which explores the deep relationship between identity, place and human existence. In 2015, Imad moved to Istanbul where he found a new source of inspiration and further developed his concept. The verticality of his works and the mastery of hidden images surprises us. At first glance, his creations immerse us in the city but, on closer inspection, the facades fade to make room for something else….

Imad has participated in numerous exhibitions in Lebanon, Syria, Turkey and the United States.